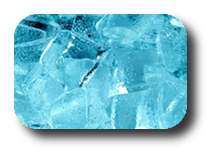 For a cardiac arrest patient to survive, many things need to be done quickly and correctly.  While I could have written about good quality CPR, defibrillation, ALS etc. (which I might save for another digest), I thought I would talk about something a little more sexy and novel.

Achieving a ROSC is the ultimate goal of prehospital resuscitation.  Since this only happens about a third of the time, providers might be tempted to stop and exchange high-fives.  While this may represent a successful resuscitation for paramedics, the road to recovery for the patient is long from over.  After their sustained ROSC, a sepsis-like post arrest syndrome ensues…a condition that is fatal in over 50% of patients.  This condition involves multi-organ dysfunction caused by lack of oxygen, which can include brain injury, myocardial dysfunction, systemic inflammation and the underlying pathology preceding the arrest.

Until a couple of years ago, treatment options for these post-arrest patients were limited.  Patients with a coronary occlusion were sent for an urgent trip to a percutaneous coronary intervention (PCI) center while others were assessed an ICD.  But other than those tested and true interventions, there wasn’t much that could be done for the post-arrest patient.

One of the more novel interventions actually came from “old fashion” medicine.  The idea of cooling injured patients was first coined by Hippocrates when he packed wounded soldiers in ice and snow nearly 2000 years ago.  But it wasn’t until the early 1950’s that the modern use of hypothermia specifically for cardiac arrest patients was started.  However, its use was quickly abandoned due to lack of scientific literature and the challenges associated with implementing and maintaining hypothermia with the limited technology of the time.

As we moved into the 20th century, science advanced and so did the treatment and technology options available.  Therapeutic Hypothermia (TH) was reborn and brought back into the limelight.  Scientists (and the funding organizations that pay them) realized that there was room for improvement in post-arrest survival.  So some research was done and two randomized trials showed an improvement (both clinically and statistically) for post-arrest survival when patients were treated with TH.  Now before I continue, I feel I should point out that these studies weren’t the end all and be all type of study (due to small sample sizes and only patients with an initial rhythm of VF or VT were included), but they were a start.  Since those two studies almost 10 years ago, there has been a growing body of research in favour of cooling post-arrest patients.  Hypothermia has become an international standard of care as part of both the 2005 and 2010 AHA treatment recommendations and is a critical competent of the integrated post-arrest link in the “Chain of Survival”.

So to getting into a little bit of the nitty gritty, when a patient is successfully resuscitated (with a ROSC > 20 minutes) and remain comatose, they are ideal candidates for hypothermia.  The sooner hypothermia is initiated the better, but starting within 6 hours of ED arrival is deemed to be good enough.  Patients are to be cooled to about 33°C (32-34°C is acceptable) for 24 hours.  This can be done simply administering cool saline IV and placing ice bags around the head, axilla and groin.  Or the process can be more “high-tech” by using commercial cooling blankets and catheter cooling.  Narcotics, sedatives and paralytics given as needed for pain and to prevent shivering and agitation while vasopressors are given to maintain adequate MAP.  Following 24h at 33°C patients are passively re-warmed and rehabilitation begins.  And the intervention is quite successful.  Only 6 patients need to be cooled to get one survivor (which is pretty good in comparison to other interventions when NNT = 1 is the best).

Now one might say that this protocol seems so simple.  And it is in theory simple to describe the optimal way to cool a post-arrest patient.  But in actual fact there are lots of complications associated with hypothermia.  Some physicians are not aware of detailed cooling procedures or don’t have extensive experience with cardiac arrest patients.  While sometimes the hospitals don’t have a standard TH protocol.  Or there can be patient complications as well from non-cardiac etiology to not responding to treatments.  Despite some problems, the intervention is showing promise. Hypothermia is becoming more wide spread locally, nationally and internationally. More patients are being cooled…and more patients are surviving to hospital discharge.  The big next step for this protocol will be to figure out how to improve delivery and cool more patients sooner.  The early initiation of this treatment will provide EMS with an opportunity to make a vital difference in the survival rate of post-arrest patients.

Jason Buick is a researcher at Rescu, the resuscitation science program at St. Michael’s Hospital and is completing his Masters degree in Health Research at the University of Toronto.  His research interests focus around prehospital care, specifically bystander CPR and out-of-hospital cardiac arrests.

This entry was posted in Journal. Bookmark the permalink.
← ECG Challenge 47
Digest #4 – A little bit of everything →